The latest insights and news in digital marketing, advertising, and design

To celebrate the town of Guilford’s 375th Anniversary, local digital ad agency mediaBOOM designed and developed a commemorative website that serves as a photographic journey through the town’s history. The website features stunning photography, courtesy of the Guilford Free Library’s Historical Room, spanning 140 years from the beginning of the 1860’s to the year 2000….

Guilford Connecticut Ad Agency mediaBOOM President, Frank DePino, was recently named Small Business Person of the Year for 2005 by the Guilford Connecticut Chamber of Commerce. DePino’s leadership of mediaBOOM was recognized at the Chamber’s Annual Gala held at the Guilford Yacht Club. Since its launch, mediaBOOM’s website, www.mediaboom.com, has drawn attention from across the… 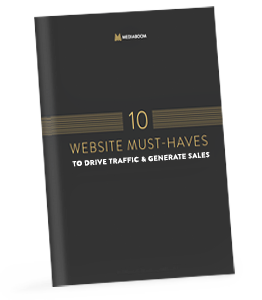 Luxury marketing never rests, and neither do we. Receive exclusive insights on what’s new, what’s hot, and what’s challenging the rules in luxury brand advertising and marketing so you’re always the first to know.