Advertising comes in all shapes and sizes, from billboards to television commercials and today’s more popular digital advertising. In fact, Small Biz Genius suggests that by 2021, businesses around the globe will spend $375 billion on digital ads. No matter which type of ad appeals to you most, if you’re in the luxury market, then you’ll want the services of a luxury advertising agency.

How can they benefit your brand?

Luxury advertising agencies can help your brand in the following ways:

In this article, we will dive deeper into luxury advertising and how it works. We’ll also expand on the list above, talking in more detail about each of those great reasons to make pairing with an agency one of your top goals for the year.

What Is a Luxury Advertising Agency and What Does It Do?

As you may have guessed by the name, it is an agency that specializes in working with high-end or luxury brands. The agency ensures the advertisements are positioned in such a way to get seen by the clientele that fits the luxury brand’s target market.

You may remember from a prior blog post that this target audience isn’t exclusively older customers, but those in Generation Z (up to 22 years old) and millennials as well.

In today’s do-it-yourself world, many companies strive to build their businesses from the ground up. For some, this is a successful venture, but that’s not the case across the board. In those instances, paying for the service of professionals such as an advertising agency is best.

Within months (and sometimes even sooner) of the advertising campaign launch, your company should see a return on investment that makes working with an ad agency more than worth it.

Here are five reasons to convince you that hiring an agency is the way to go.

They Have the Expertise Your Company Needs

The sheer number of advertising methods available today are enough to make your head spin. here are common questions a brand may have:

or is there something else entirely?

These are questions you can spend hours of time researching. Sometimes you’ll see two conflicting marketing reports that make you even more confused. Rather than try to navigate the difficult seas of advertising yourself, a luxury ad agency can take care of this legwork for you.

They’ll clear the clouds of confusion and pave a clear path to meeting your goals.

A Luxury Advertising Agency Will Have More Connections

Sales and marketing are all about connections.

We may not have Rolodexes on our desks anymore, but the importance of connections has not changed one bit. After all, the right connections can build up your brand recognition, not to mention your audience.

Unless you’re a very established business, then your list of connections is still being built every day.

There’s nothing wrong with that, but you do have some noticeable gaps in the list. If there are certain parties you need to reach out to as you plan your ads, you’ll find yourself starting your relationship-building from the ground up.

You can expect the representatives at the advertising agency to have access to any connection you’d need and more. This makes it easy to get in touch with any party you need to reach as your advertising campaign progresses.

They Know How to Weave Through the Middleman

Whether you call them middlemen or gatekeepers, they exist for many companies. In your quest to find a media partner or a billboard company to work with, you’re sure to come across these middlemen at some point. They’re the obstacle between you and the party you want to speak with.

It can be exhausting trying to get around middlemen, and some companies give up altogether. This only hurts you in the end, as your advertising options become fewer. Whether you’re stuck with a gatekeeper or you’re trying to limit your communications with media sales reps, a luxury ad agency will know just what to do.

They can push you past to the right parties to keep your campaign on track.

More Time and Money on Your End

Time is money, and you can lose both by diving headfirst into advertising on your lonesome.

If you’ve ever attempted to draft your own advertising campaign, you’ll see how quickly it can suck up your time and energy. If you’re a growing company in the luxury market, you already feel pulled thin as it is. You can’t devote the kind of time your advertising campaign needs, and it may come out sloppy as a result.

Also, in crafting your own campaign, things can get pricy fast.

The media rates offered by TV and radio stations, billboards, and even digital advertising can leave you gobsmacked. If your advertising budget is relatively small, you’ll find yourself picking and choosing which types of ads to use. This once more limits your reach and thus curtails the success of your campaign as a whole.

By enlisting the services of a luxury advertising agency, you can win back both your time and money. Yes, you pay more for the ad agency initially, but as your ads succeed and your business grows, you’ll make your money back and then some.

Let’s talk more for a moment about media rates.

When you want to get your advertisement played on the radio or television, you have to pay these rates. The same can be true of billboards, print advertisements, and more.

As we mentioned in the last section, media rates can be a shock for businesses advertising on their own for the first time. They’re just so expensive! Another way an advertising agency can save you money besides successful ads campaigns relates directly to those rates.

Since luxury ad agencies have connections, they can often negotiate for a media rate discount.

Not having to pay the full price for a radio advertisement or billboard pads your company’s collective wallet more.

Advertising Methods to Expect from an Agency

The above goals have certainly piqued your interest in working with a luxury advertising agency. Still, you’re not entirely convinced that their services would suit your company. What types of advertising methods would the agency employ to meet your business goals?

The first of these methods is Google Ads, a pay-per-click or PPC service.

According to PPC service PowerTraffick, if you get can get one of three prized ad spots on a website, you could earn up to 46 percent of clicks on that page. This isn’t easy, at least not on your own, but with the assistance of a luxury ad agency, your goal could become a reality.

Another advertising option these agencies use is known as display advertising.

You’ve likely seen these ads yourself as an Internet user. They’re advertisements that rely on audio, video, flash elements, and text. These banner ads may appear on social media, websites, or a combination of the two.

Google has its own monopoly on display ads known as the Google Display Network. There’s no other resource like it, with SEMRush noting that most global Internet users (90%) will see ads propagated through Google’s Display Network.

There are great opportunities to reach large audiences here, as the Google Display Network encompasses over 650,000 apps and more than two million websites as of this writing.

Statista data found that 2.65 billion people are social media users according to early 2020 figures. With such a large network of users, of course social media advertising has risen to prominence. There’s the above-mentioned Facebook Advertising, but it seems like today, every social site has its own advertising platform. These include Twitter, Instagram, YouTube, even Pinterest.

In 2019, marketers shelled out $89 billion for social media advertising, says Sprout Social. This makes sense considering the sheer amount of social media options and the fact that some marketers will want to pay to advertise on each one.

Radio and television ads, billboards, and print advertisements have come up in this post several times. These are all known as traditional advertising avenues.

Although we live in a largely digital world today, there’s no need to discard or retire more traditional advertising.

In Marketing Charts’ US Online and Traditional Media Advertising Outlook report for 2018 to 2022, it’s forecasted that, by 2022, TV ad spend will be in the ballpark of $75 billion. This results in a 1.3-percent compound annual growth rate or CAGR. While TV is a dying industry, that death has been slow. For now, it’s still a viable advertising option.

The ad market shouldn’t really change much through 2022, suggests Marketing Charts. Ad spend may jump to $18.4 billion by 2022, up from $17.7 billion in 2018. The CAGR will be 0.9 percent. Again, radio is not the healthiest industry, but there’s no need to shy away from advertising here.

If you’d rather stick to print industry such as magazines, you can select from either trade or consumer magazines. Trade magazines have a tinier market share, but the CAGR is predicted to grow to 0.6 percent by 2022. Ad spend that year may linger around $4.4 billion, a small growth from 2018’s trade magazine ad spend of $4.24 billion.

Consumer magazines have the bigger share of the market. In 2018, this chunk of the print industry brought in $16.4 billion. That said, it’s expected that revenue will drop to $14.85 billion in 2022, a decrease of 2.2 percent.

A luxury ad agency can guide you into the worlds of affiliate and influencer advertising.

With affiliate advertising, you’d rely on an affiliate for the marketing end of the deal. Their promotional efforts land you a commission. By implementing PPC advertising in the campaign, it’s possible to scale your growth even further.

Influencer marketing, in which a well-known party introduces your products/services to their audience, would work in much the same fashion. While finding your own influencers can be tough (all those rejections), your advertising agency could pair you with influencers more easily.

Did you know video is among the top advertising options? A report from dropshipping company Oberlo states that the demand for video from consumers lingers at around 54 percent. It’s also the most preferred type of content for consumers scrolling through social media, the same report notes.

If you’re not already using video advertising as a means of reaching out to potential customers, now’s as good a time as ever to change that.

Yet another service a luxury ad agency may offer is known as remarketing.

This term refers to the method of finding leads who have been on your website and then feeding them targeted advertising. The goal is to lure them back to the site to complete whatever they were doing, especially if they were considering a purchase.

Spiralytics notes that potential customers faced with a retargeted ad, especially a display ad, have a high likelihood of conversion, up to 70 percent!

A luxury advertising agency can further your company’s success, deepening your revenue as well. The connections and expertise of these agencies make them worth working with, not to mention that you’ll save time and money for doing so.

From retargeting to video advertisements, social media ads, and even traditional advertising methods, a luxury ad agency can do them all and more.

Will today be the day you focus more on your company’s advertising with the help of one of these agencies?

Frank DePino is Principal and Founder of Mediaboom. Since 2002, Frank has led Mediaboom’s award-winning staff of creative and technical professionals building the most effective marketing and advertising solutions for its clients. 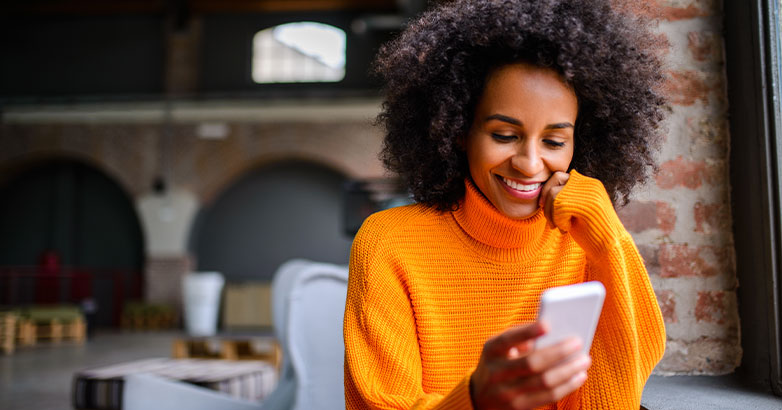 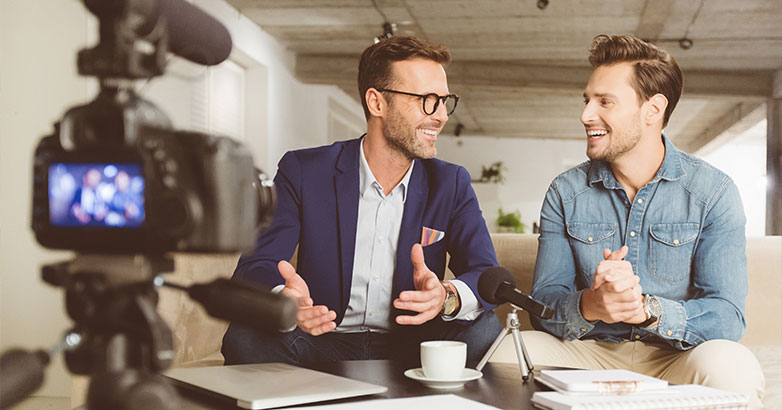 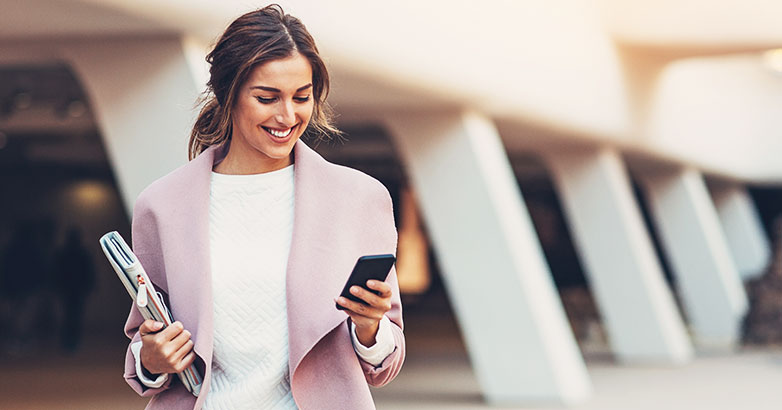 Ready to ignite your marketing strategy?

Let's discuss how we can help your brand get results.

Enter your email below and we’ll send you digital marketing & advertising insights, news and more.